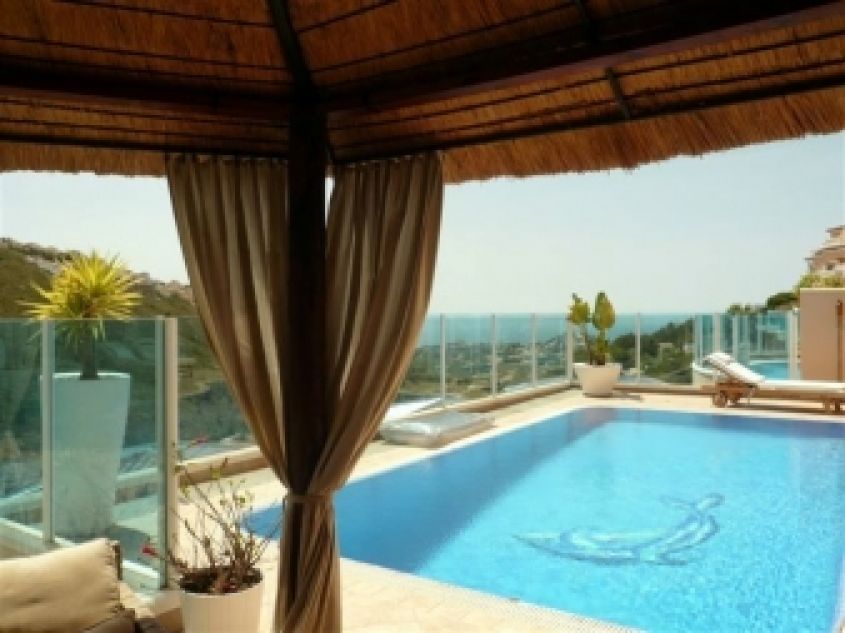 Three-floor villa with sea views. It is sold fully furnished, with air conditioning and underfloor heating, alarm system and video intercom. It has two large terraces with fantastic sea views and a private pool next to a cozy covered gazebo. It also has a large storage room.