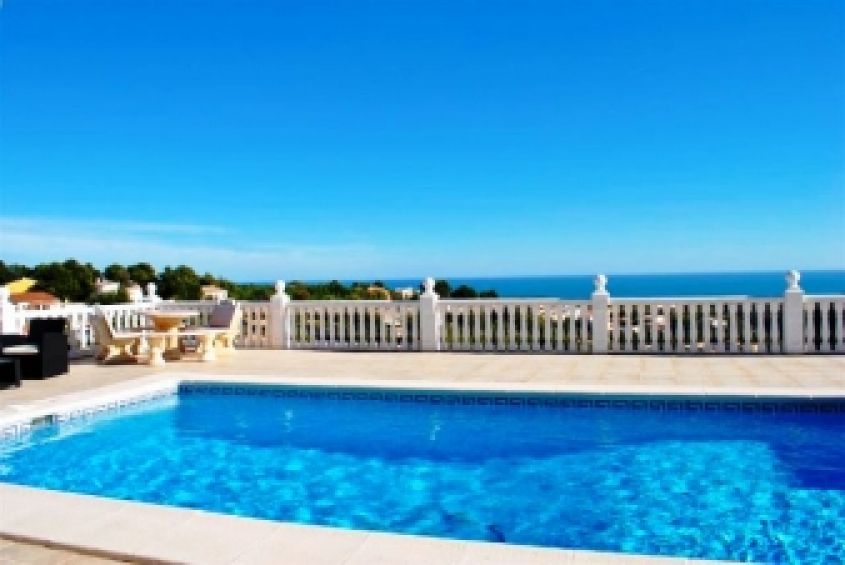 Spacious villa with privileged and unbeatable views to the sea and a large private pool. The property has a large plot of 1050 m2, 8 bedrooms and 6 bathrooms. This incredible villa also counts on one kitchen, 2 living rooms and 3 large terraces where it is possible to enjoy the warm climate of Costa Blanca during the whole year. Sold fully furnished.