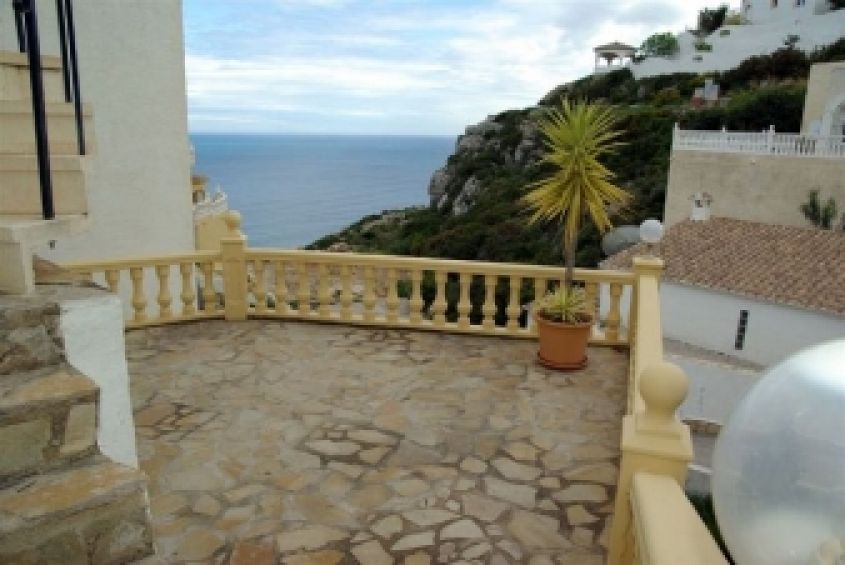 Villa with sea views in perfect conditions. It is sold fully furnished, equipped kitchen and heating. It also has a large plot where there is a private pool and parking space for two cars.